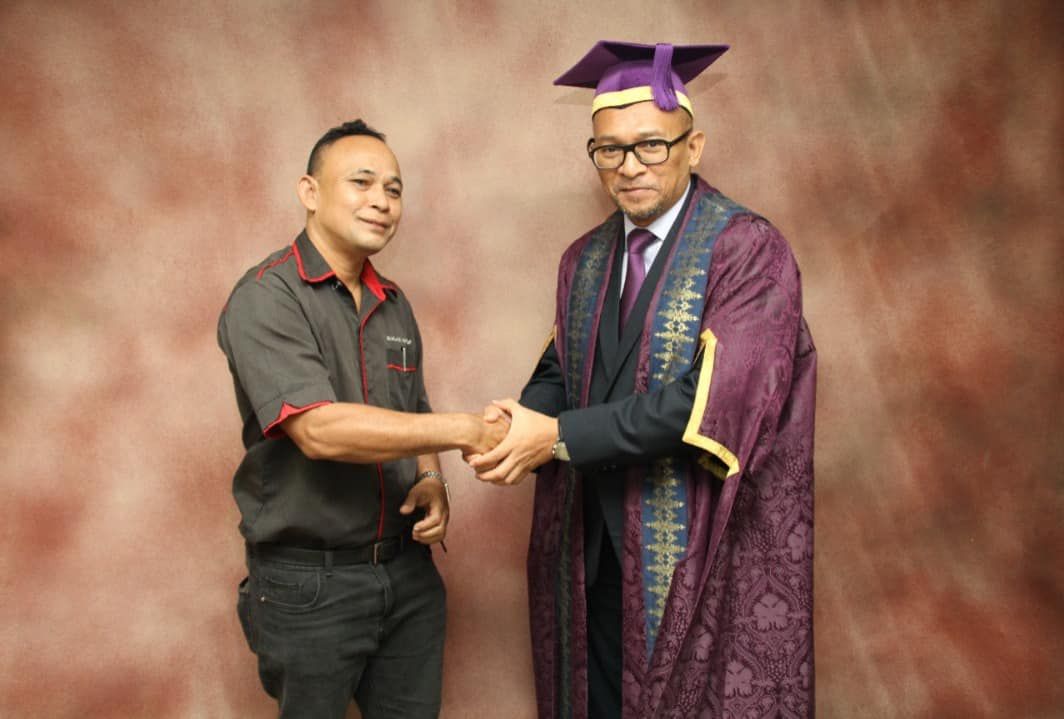 GEORGE TOWN: Motorcyclist Ashri Haya was travelling along Penang Bridge when he saw a man raising his thumb in hopes of hitching a ride from the bridge.

Traffic came to a standstill then and Ashri, 50, could recognise the graduation robe the man was holding.

He stopped and gave the man, who was all dressed up in his white shirt, red necktie and black jacket, a lift to Universiti Sains Malaysia (USM) for his convocation.

The noble act by Ashri, a cleaning service contractor, received widespread media coverage, with internet users showering him with praise after that.

"I am still overwhelmed by the appreciation and did not think that the small help rendered would mean so much to others.

"At the time of the incident, I was on my way to work and coincidentally, it’s at USM where I would be supervising the cleaning work.

"I saw the graduate was desperate for help because he was trying to flag down passing motorcyclists to get a lift for his big day.

"The robe he was holding was similar to the one used for USM convocations.

"Out of sympathy, I helped him," he said in an interview posted on USM's Facebook page Wednesday (June 1).

It was earlier reported that on May 24, USM's post-graduate R. Kevin, 28, seemed doomed to miss his convocation as traffic was at a standstill on the bridge after a major accident involving a lorry and a trailer that saw two men killed.

Thanks to Ashri, the day ended well for Kevin who managed to enjoy his moment of glory on that day.

He managed to reach USM on time to receive his scroll at the 59th convocation after completing his Masters of Business Administration.

Ashri said traffic congestion at that time was so bad that some of the bridge users had to take breakfast in the car, or get out of the vehicle to enjoy the breeze.

As an appreciation for his act, the USM specially invited him to the last day of the convocation at Dewan Tuanku Syed Putra on Wednesday.

USM vice-chancellor Prof Datuk Dr Faisal Rafiq Mahamd Adikan said the university appreciated his good deeds in helping others, adding that the noble value should be emulated by the others.

"Although his help seemed small, Ashri's willingness to extend help when other people were in dire need should be honoured and exemplified," he said.