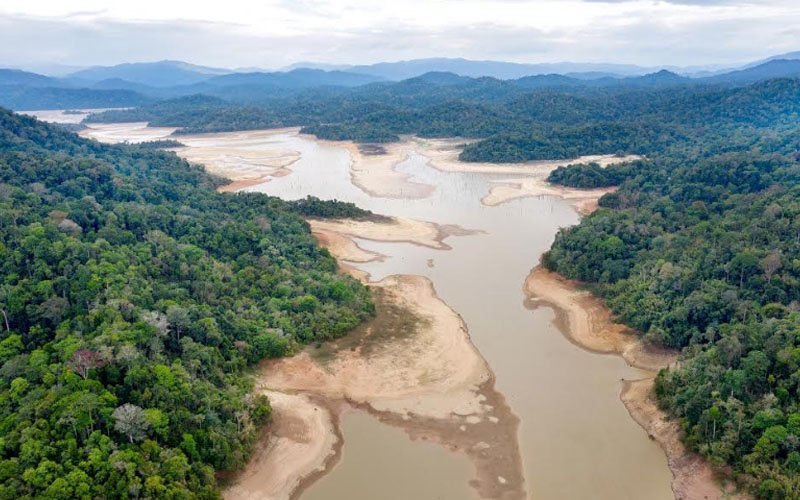 The proposal for bank aquifers for Sungai Muda on the Kedah side is good, provided only stormwater is stored, says Water Watch Penang president Chan Ngai Weng. (PBA pic)

GEORGE TOWN: A water resources expert has questioned the need for urgency in taking up a proposal to draw water from the ground, saying river water is still easily available.

Water Watch Penang president Chan Ngai Weng said rivers remained the most economical and logical source of water for the time being.

“The strategy should be to maximise the use of water from our rivers while keeping enough water in them for the environment and ecosystem before going for groundwater,” he told FMT.

Yesterday, National Water Research Institute (Nahrim) director-general Md Nasir Md Noh said water companies should consider switching to groundwater and stormwater harvesting systems. He said rivers, especially in the northern part of the peninsula, had become overused and there was a risk of depletion.

Chan, a water resources professor at Universiti Sains Malaysia, said landslides, pollution and the drying up of soils would cause problems in harvesting groundwater.

He said that groundwater pumping in coastal lowlands had resulted in the mixing of salt water with fresh water and the sinking of land.

“Before any groundwater pumping can be allowed, there is a need to study the position of aquifers, underlying bedrock, soil types and other factors. This is to ensure that the land on top does not subside after groundwater is pumped out of the aquifer.

“In relation to this, a thorough study on the geology of the area should be carried out using state-of-the-art hydrological modelling. It is certainly not as simple as just digging a well to pump out water,”he said.

Chan said the proposal to store stormwater during wet seasons and release it during periods of drought was a better option for now than tapping into groundwater.

He said the proposal for bank aquifers for Sungai Muda on the Kedah side was good, provided only stormwater was stored.

“However, if Kedah were to pump water from Sungai Muda into these ponds and aquifers during normal or dry seasons, accidentally or deliberately, it would compromise the flow volume downstream, resulting in water trickling into Penang, rendering both the water volume and water quality inadequate.

“If this were to happen, then a water crime would have been committed. The aquifer system is not the problem, but abusing it is.”

In March, Kedah announced a system in which water tanks would be built along Sungai Muda to store stormwater. However, the state also announced it would build barriers to control the flow of the river, to the chagrin of Penang, which uses it as a primary water source downstream.

D Nanda Kumar, adviser to Malaysia Nature Society’s Penang branch, told FMT aqueducts should be built to channel stormwater into a reservoir or into a primary river so that it could be drawn, treated and supplied as tap water.

“Singapore has a vast system of underground tunnels that channel stormwater and some of this water is fed into the Singapore River, and this river is used as a reservoir. This is quite costly.

“As far as I know, there is not much groundwater in Penang and the risk of sinking like in Bangkok, Jakarta or Venice is real.

“It would be cheaper to keep the hill forests intact and draw water from the rivers. We need to find better and less expensive ways to store stormwater instead of letting it just flow into the sea,” he said.

Soil scientist Kam Suan Pheng said groundwater remained a viable source of water as long as it was tapped into judiciously and managed well.

She said the abundance of rainfall had brought about complacency.

“Nahrim is the leading institute for water research and it must have conducted adequate water resources studies on both surface and underground sources of water to come up with the data presented.

“With the ample rainfall that we receive here in the humid tropics, aquifer recharge should be adequate if managed properly in terms of extraction volumes and measures to prevent contamination,” she said.