USM PENANG, 20 December 2021 – The community of Universiti Sains Malaysia (USM) is saddened and extending condolences to Malaysians who were affected by the recent flash floods which occurred in the six states in Peninsular Malaysia, especially in Selangor. 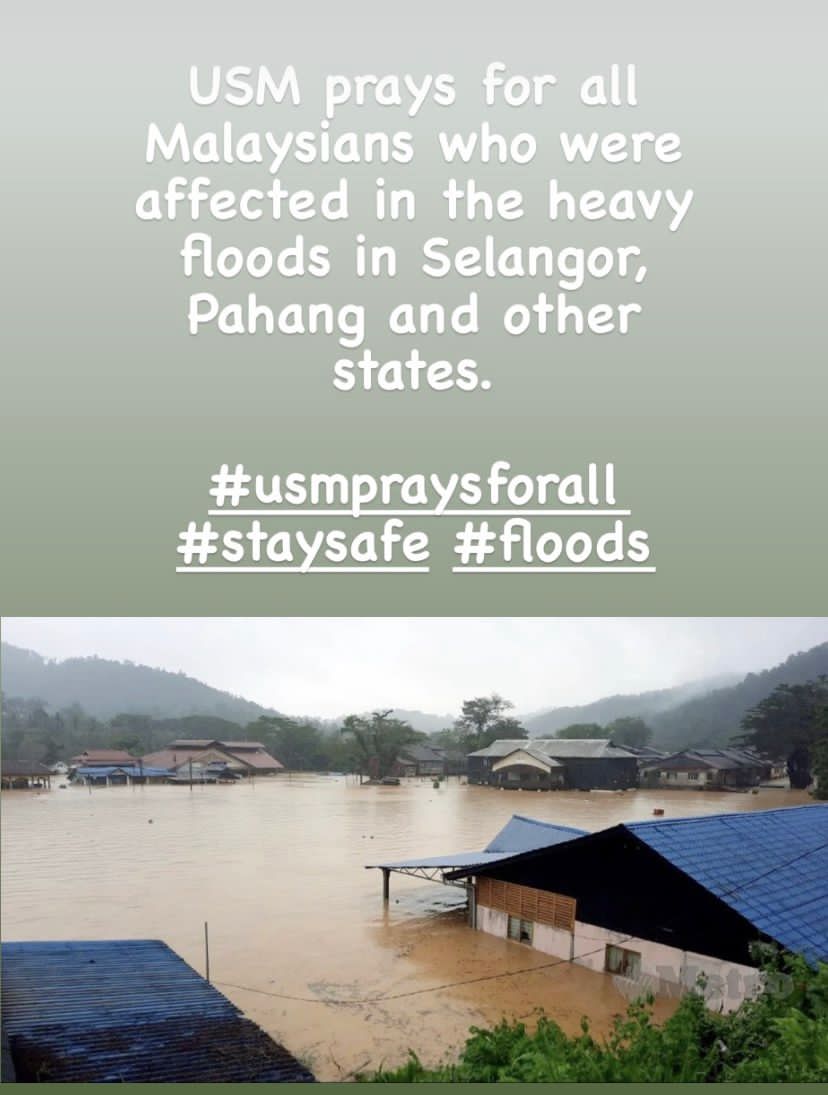 This relief mission will also see the launch of a socialisation programme, in seeking for post-flood volunteers to Selangor. The University authorities see this as fulfilling a social commitment to society, in addition to strengthening the aspect of volunteerism by aiding those affected by disasters.

Let us together pray for all those affected to be under the care of Allah SWT while extending condolences to them.

Meanwhile, the situation in other states affected by the flood such as Negeri Sembilan, Pahang, Malacca, Kelantan also led to an increase in the number of those affected being evacuated to the respective temporary relief centres (PPS), as the water level has yet to subside due to continued rainfall.

Up until yesterday, close to 200 PPS have been opened in Selangor and other states affected by the flood.