PUTRAJAYA, 30 July 2021 -- A handing over ceremony of a high-technology drone or unmanned aerial vehicle (UAV), LAYANG LAYANG LL-01 was held yesterday in conjunction with the Fire and Rescue Department of Malaysia (JBPM) Air Division monthly assembly for July 2021. 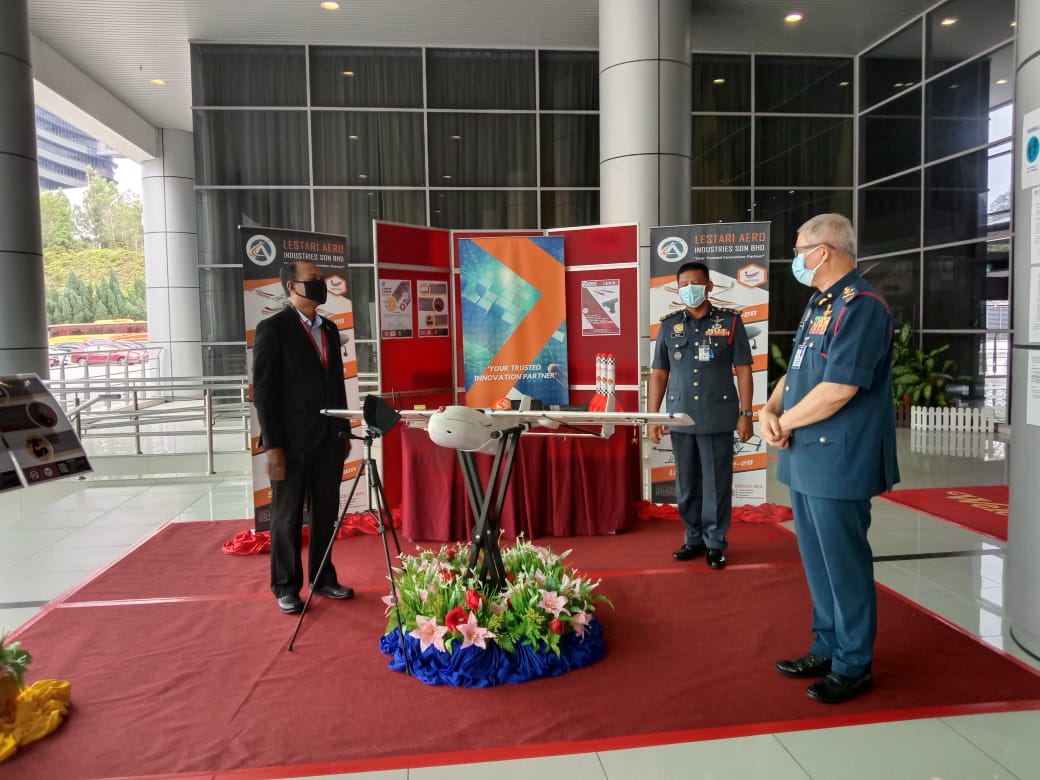 The fixed-wing drone was produced by Lestari Aero Industries Sdn. Bhd. in collaboration with the Universiti Sains Malaysia (USM) School of Aerospace Engineering which shared its technical know-how and expertise on drones and unmanned aerial vehicles (UAV).

According to the School of Aerospace Engineering Dean, Assoc. Professor Dr. Farzad Ismail, a team of researchers from the School, headed by Ir. Dr. Ahmad Faizul Hawary developed, designed and commissioned the Layang-Layang UAV that will be used for search and rescue operations, intelligent surveillance and reconnaissance (ISR), data imaging and gathering. 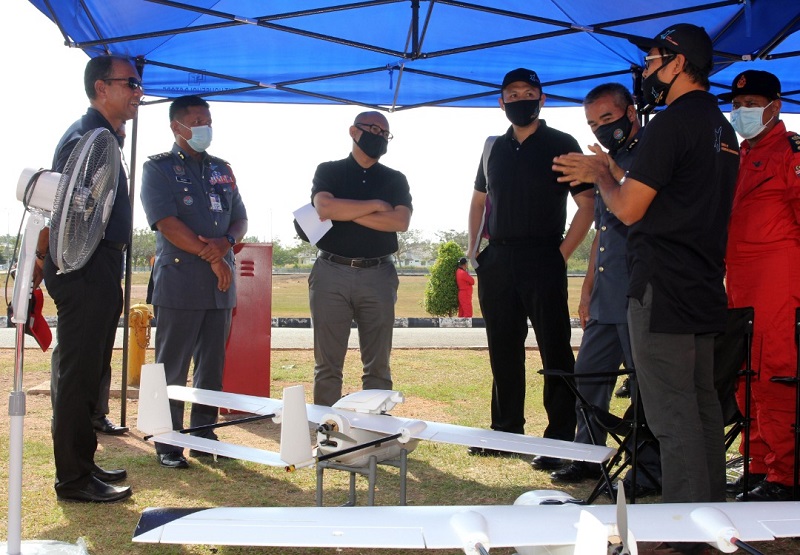 “We will be working with Lestari Aero team to produce 28 units of similar drone model to be delivered to the JBPM Air Division, which had secured a grant to fund the production of the drones.

“We are really excited to be part of the development of drone technologies and its applications in producing the LAYANG LAYANG LL-01, which we believe would greatly help in enhancing the role of JBPM's Air Division, especially in carrying out intelligent aerial surveillance work,” he said.

Earlier in February this year, researchers from the School of Aerospace Engineering and Lestari Aero Industries Sdn. Bhd. came together to conduct a training session on the use of high-technology drones for officers from the JBPM Airbase in Bertam.

The training, known as the ‘Unmanned Aerial System (UAS) Technical Certification Course' was held for three days (16 to 18 February 2021).