The one-day blood donation drive saw a total of 229 registrations (207 students and 22 staff), but only 169 of them are deemed fit and eligible to donate blood, and the volume of blood collected could potentially save up to 507 lives.

PENANG, 1 April 2021 - A blood donation campaign will usually be held to replenish or add on the supply at the local blood banks around the country. 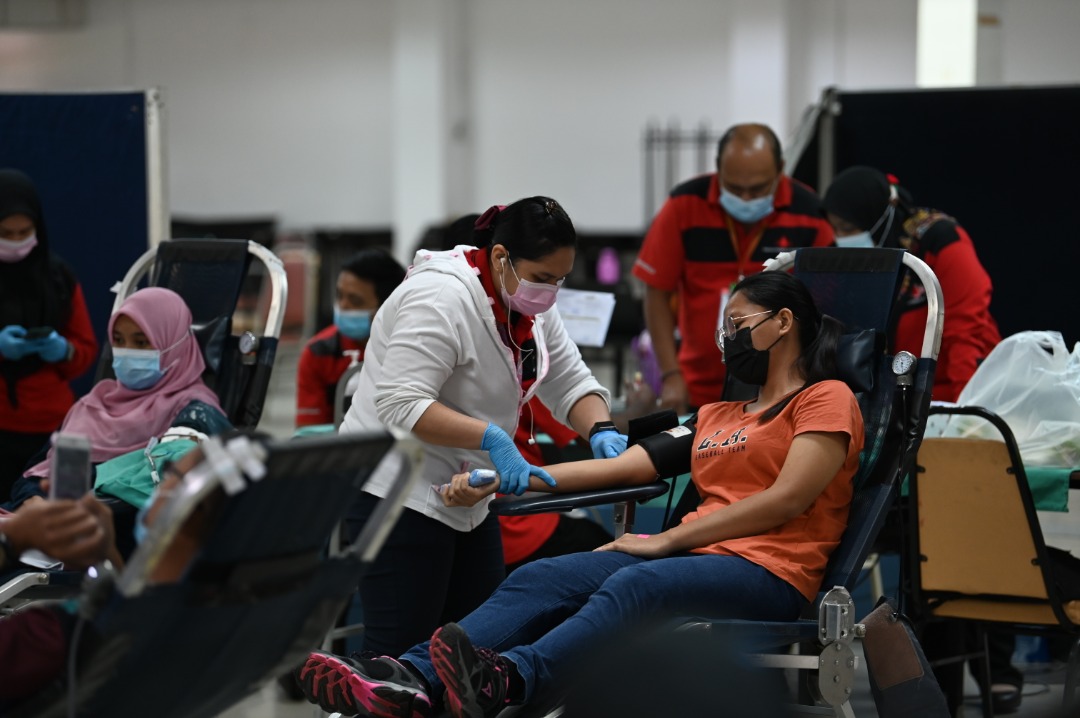 Project Director MPDCGH Siti Nur Diyana, a second-year student from the School of Biology said, they received a very good seal of approval with regard to the campaign as the staff and students of USM have started queuing as early as 8.30 a.m. to register for the blood donation.

“We targeted 500 people for the campaign (today) and we had 200 donors by lunch hour, hence the campaign has definitely achieved its target. This is because the very intention of volunteering and contributing that resides within the students and staff of USM is very high as they are also brave and benevolent,” said Diyana. 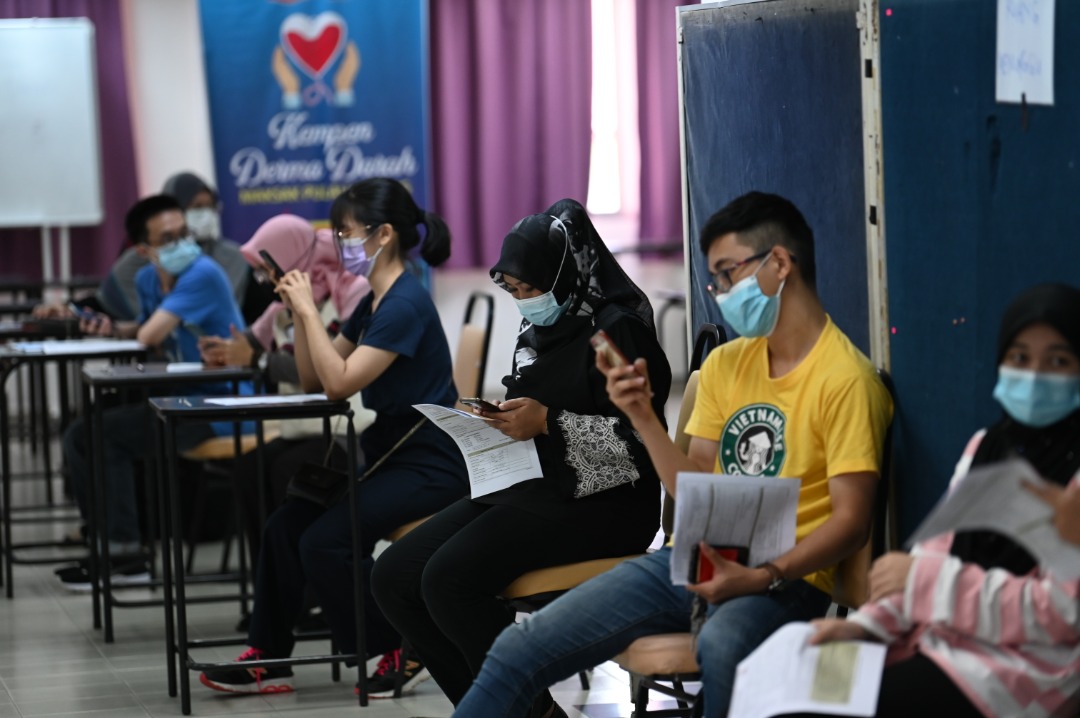 According to Diyana, the Blood Donation Campaign is organised every semester, and they are especially in need of the ‘O’ type blood group as it is a universal receiver and it is much needed in most hospitals during these dire times.

Azima Hassan, a staff nurse who has been working for 33 years at Pusat Sejahtera USM is among those responsible for organising the campaign as part of her duty at the workplace, claims that apart from supporting Pusat Sejahtera, donating blood is a noble effort, and which she has been a part of for many years.

“Before the pandemic, we use to organise the campaign at least four times a year, ever since I became the leader for the blood donation campaign since 2013. Whenever there is a big event on campus, I would arrange for a blood donation booth so that we would have collaborations with many other organisations and also with the students’ society,” she said.

According to Azima, despite the pandemic, the campaign is still well-received among the USM community as the campaign is only open to staff from the green and yellow zones and students who reside within the campus area.

According to Senior Manager, Corporate Division of PDC, Aznita Zainuddin, PDC has been doing the corporate social responsibility (CSR) exercise since it was established over 50 years ago. Their main activity is economic development and CSR is part of their main activity.

“We have been doing the blood donation campaign as an annual event with General Hospitals (GH) for more than 10 years. This year we have decided to go with new partners, hence we chose USM as part of our social responsibility, and GH needs our assistance too with their blood banks, especially in current times,” said Aznita.

“We at PDC go into areas which are actually not our own, but with social programmes such as the blood donation drive, we go out to the needy and provide for them as much as we can while exposing and publicising PDC to the people as social work brings us out to the community,” she said.

PDC promotes volunteering for the blood donation campaign in USM by providing the donors with certificates, goody bags as well as organising a lucky draw. 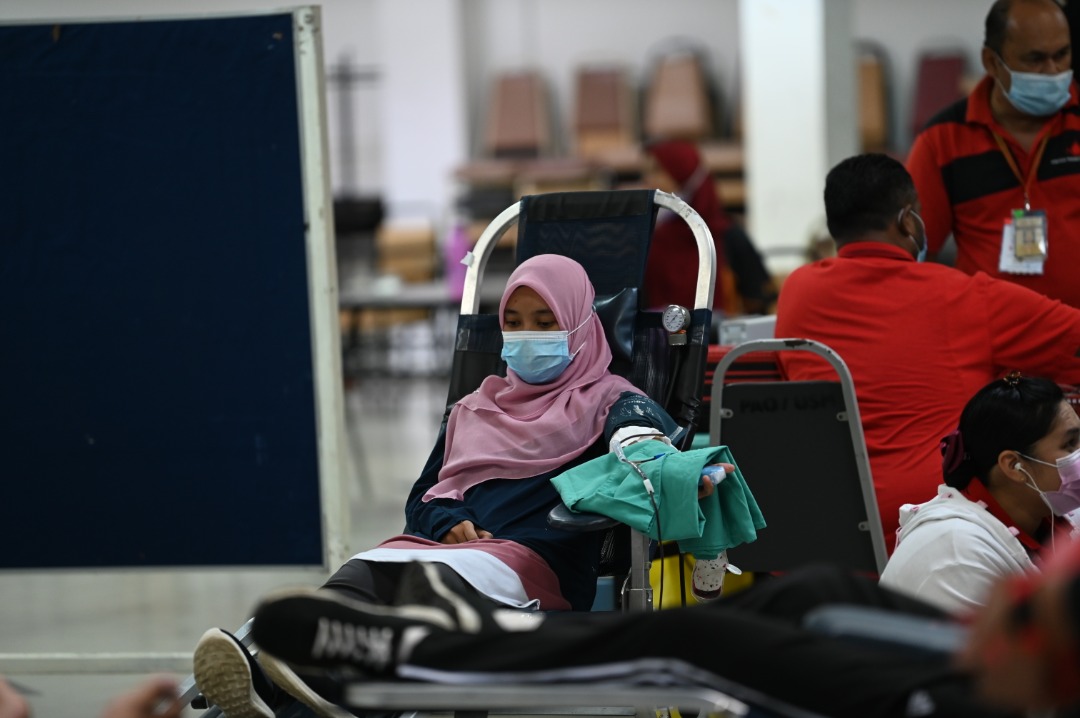 The one-day blood donation drive saw a total of 229 registrations (207 students and 22 staff), but only 169 of them are deemed fit and eligible to donate blood, and the volume of blood collected could potentially save up to 507 lives.