USM KUBANG KERIAN, KELANTAN, 24 July 2020 – Daily at the crack of dawn, at around 6.30am, he never failed to show up for his duty to prep up food for patients in the wards for the past 30 years. He is a familiar face you would see around the kitchen at the Nutrition and Dietetics Unit, Hospital Universiti Sains Malaysia (USM) in Kelantan.

From Kampung Geting in Tumpat, Mat Rohim Hussin, 56, is the most senior cook in the Nutrition and Dietetics Unit at Hospital USM. He is now the most respected reference person everyone would go to when it comes to preparing scheduled healthy meals for the patients warded at Hospital USM. 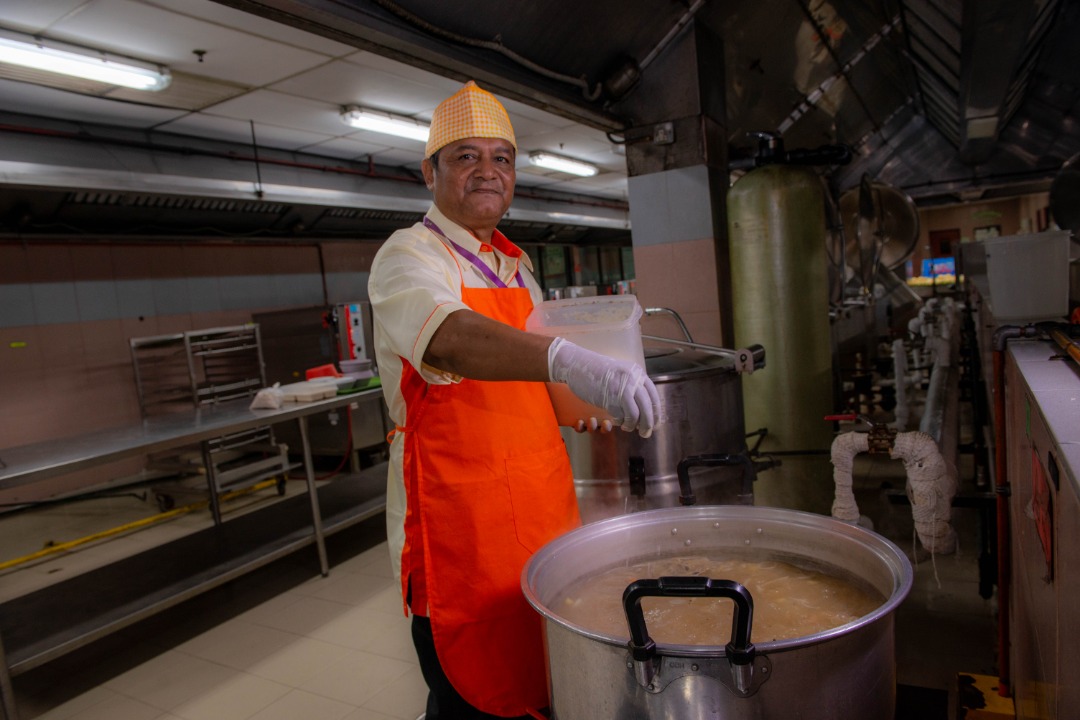 Strolling down memory lane, Mat Rohim was being frank to say that he was quite disappointed when he set foot at Hospital USM on his first day three decades ago. Expecting himself to be working with files and typewriters, never had he thought he would end up working with scoops and pots. Despite not getting what he wanted initially, he still worked to his best with the given opportunity.

What are the changes observed in this unit over the years?

The Nutrition and Dietetics Unit was a small unit in 1990. Established since 1983 and initially known as the Nutrition Unit, the Nutrition and Dietetics Unit has become the new name for the unit since 2005. Back then, only huge cooking woks (kawah) over open flames were used to cook rice and all types of dishes. Then in 2005, the cooking utensils were gradually changed to modernised kitchenware following the needs of the hospital and the USM Health Campus.

Mat Rohim’s first dish prepped in this unit was a fish curry prepared in a ‘kawah’. However, he nearly got himself hurt while learning to use a new kitchenware when replacing the ‘kawah’. As the saying goes, ‘a good skill takes time’. Mat Rohim then slowly adapted to the change in the kitchen.

Share with us your achievements that you’re proud of

Mat Rohim has made the hospital proud for bagging home the Third Position under the ‘Management’ category in the ‘Work Quality Enhancement Group’ (KMMK) competition held in Sarawak 15 years ago. This experience became his inspiration to continue being fully committed in doing his responsibility. He was a highly-inspired individual, and Mat Rohim’s effort was duly recognised when he received the ‘Excellent Service Award’ thrice during his service at the hospital.

That moment worth remembering

Mat Rohim was no exception in getting himself involved in a few risk and disaster management efforts in Kelantan, especially during the worst flash flood in 2014. That was the time when Mat Rohim and his colleagues had to cook in large amounts to accommodate the ever-increasing number of patients transferred to Hospital USM from the flood-affected health facilities as well as catering to aid-providing volunteers who sought shelter at the Health Campus.

The untold plan for future

With another four years left before retiring from his service proudly as a government servant, Mat Rohim, a father to six wonderful children has decided to expand his business of selling ‘mi celup’ as his post-retirement plan. The business is currently managed by his wife who was once a contract staff at the university. 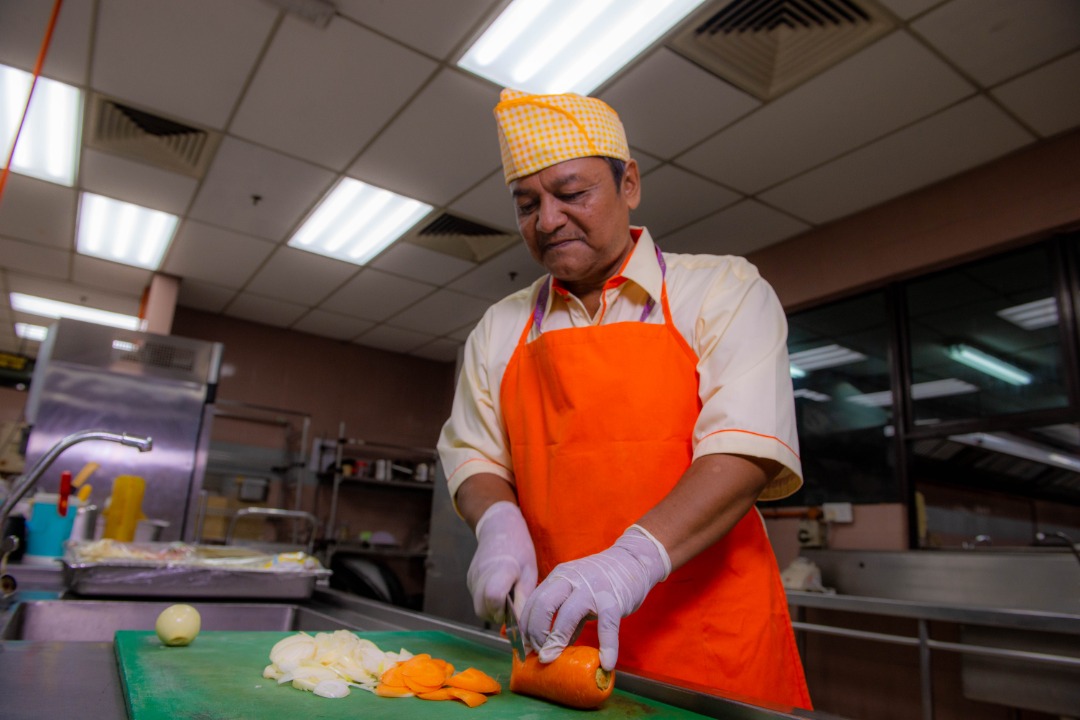 Holding firm to the principle of ‘Always Do Your Best’, Mat Rohim would like to encourage his colleagues to continue to be committed in their work and career. He also has high hopes in his heart that the quality of meals prepared by the unit can be further enhanced for the patients seeking treatment at the hospital. After all, it’s the food that connects the souls.

“Always be sincere with what you do. Each effort you put in will somehow go into the healing process of the patients. You might not be able to see the sincerity, but it will come back to you in many other ways,” reminded Mat Rohim. 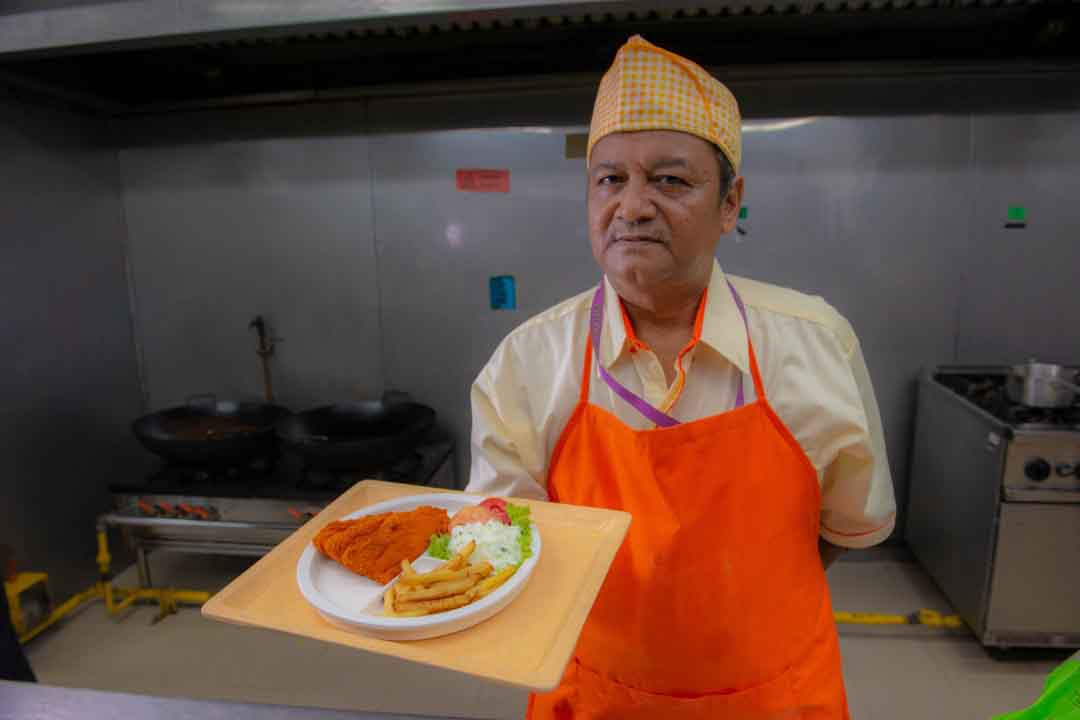