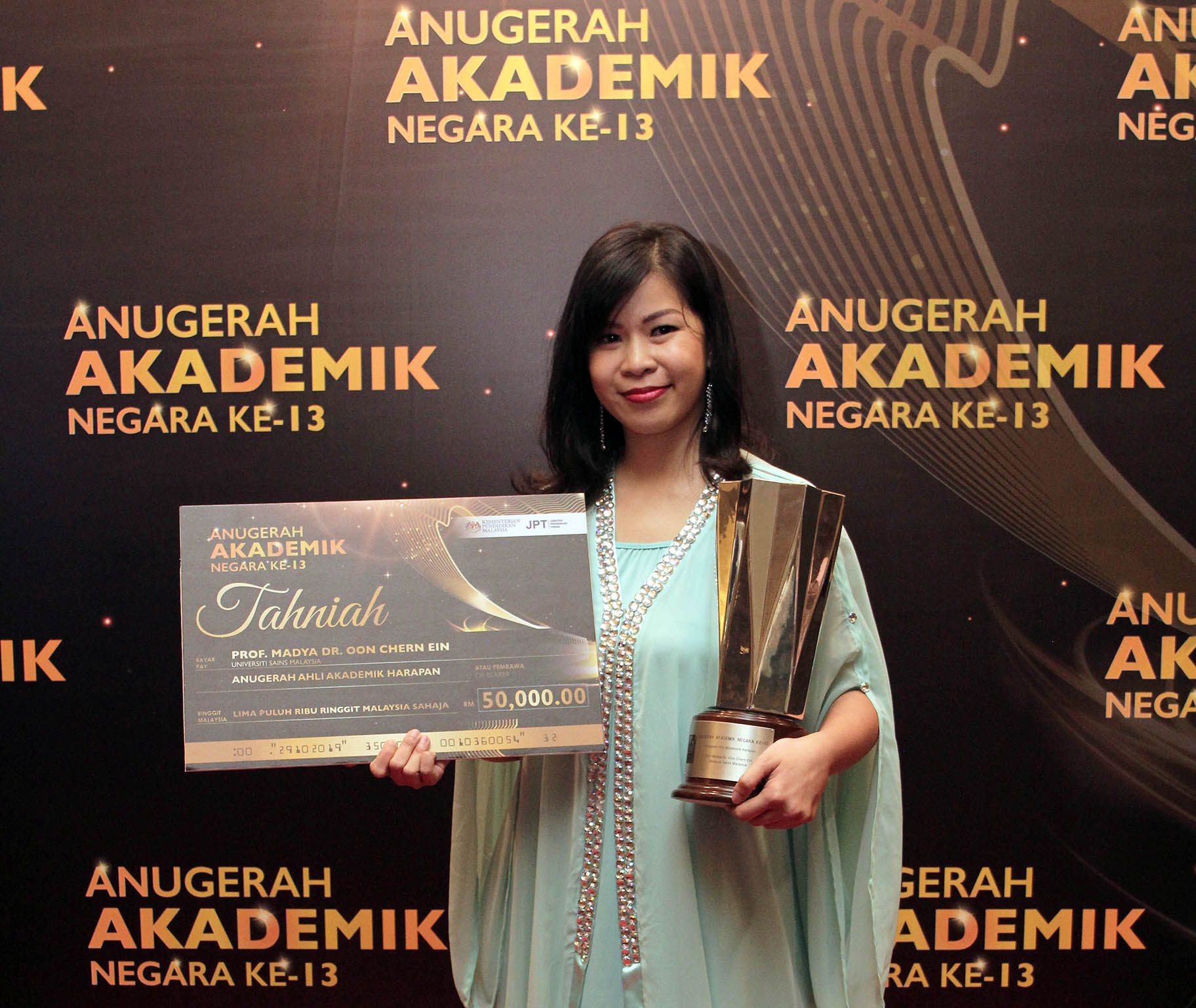 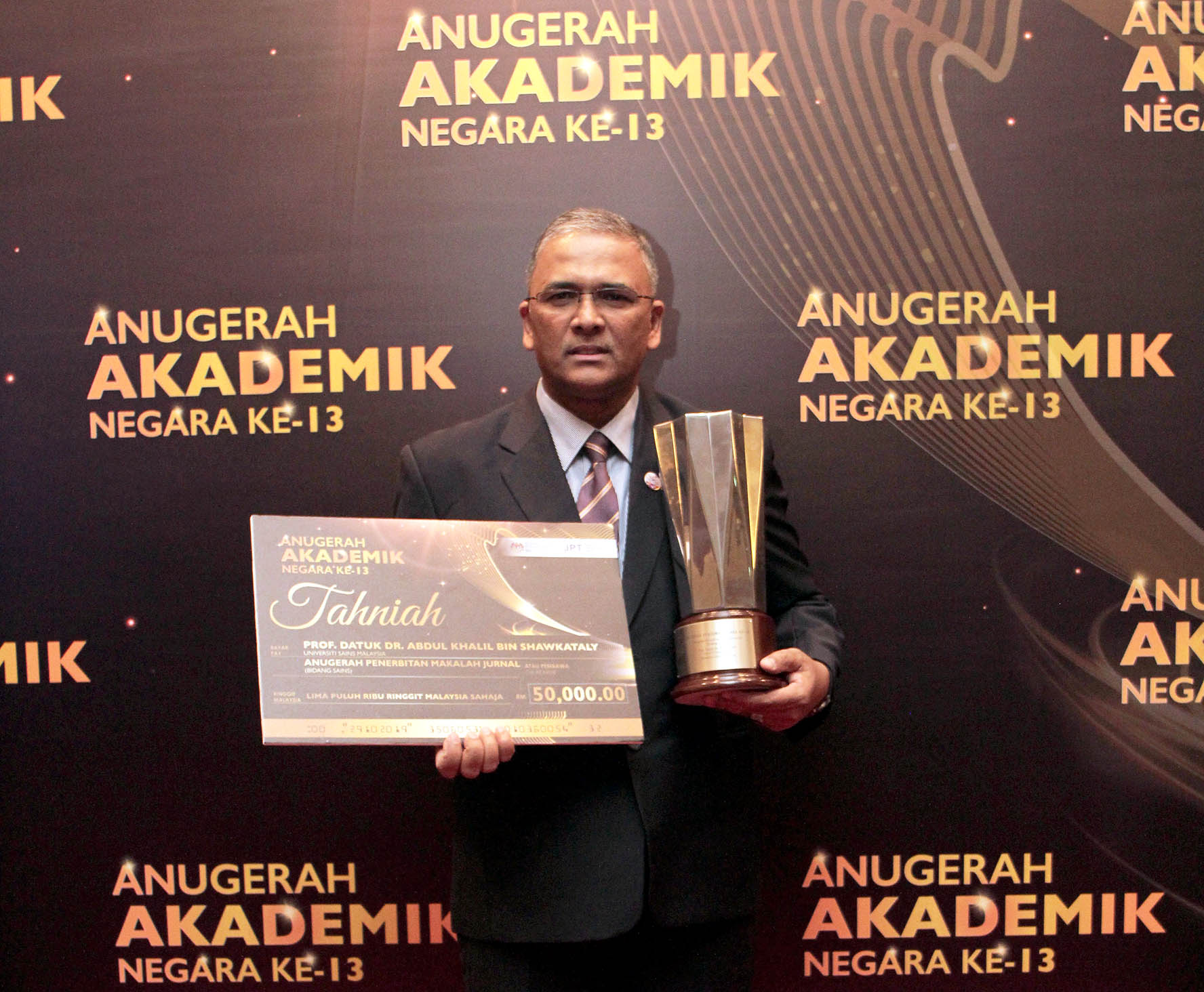 PENANG, 30 October 2019 – Two Universiti Sains Malaysia (USM) science academics who are involved separately in the study of bioplastics and cancer were selected as recipient of awards at the 13th National Academic Awards (AAN) ceremony held recently.

Chern Ein is a Doctoral graduate from the University of Oxford in United Kingdom in the field of Medical Oncology. She has been awarded numerous local and international awards which included the EXIQON and Ministry of Energy, Science, Technology, Environment and Climate Change (MESTECC) South East Asia Young Scientist Award, MAKNA Cancer Research Award, L’Oreal-UNESCO for Women in Science National Fellowship, Women of the Future - South East Asia (UK) and also the USM Sanggar Sanjung 2018 Excellence Award.

“Even though I had earlier hoped to become a fashion designer, my deep interest in the field of science has led me to become a scientist, with an aim to utilise my expertise to nurture an interest in science among Malaysians,” said Chern Ein.

“Producing bioplastics or biopolymer from seaweed that could easily decompose and be replenished could ensure a more sustainable environment through the use of natural resources as raw materials,” said Abdul Khalil who has been with USM for 28 years and has supervised more than 50 postgraduates (Masters and Doctorates) in addition to 10 Post-Doctoral Fellows.

Abdul Khalil is a Fellow at the Institute of Materials, Minerals and Mining (FIMMM), United Kingdom and on the advisory panel of the Malaysian Citation Centre (2014-2018), on the panel of World Class Professor Universitas Syiah Kuala, Aceh (2018-2019) and Advisor of Research and Academic Panel of Universitas Sulawesi Barat, Indonesia.

My vision is to look into sustainable raw materials from natural products and generally in using agricultural waste,” said Abdul Khalil, who holds by the motto ‘Get Out from the Comfort Zone, Co-learn, Perform and Succeed’.

Each academic received RM50,000 cash prize, a certificate and trophy, together with six other academicians who each received the award in the respective categories. 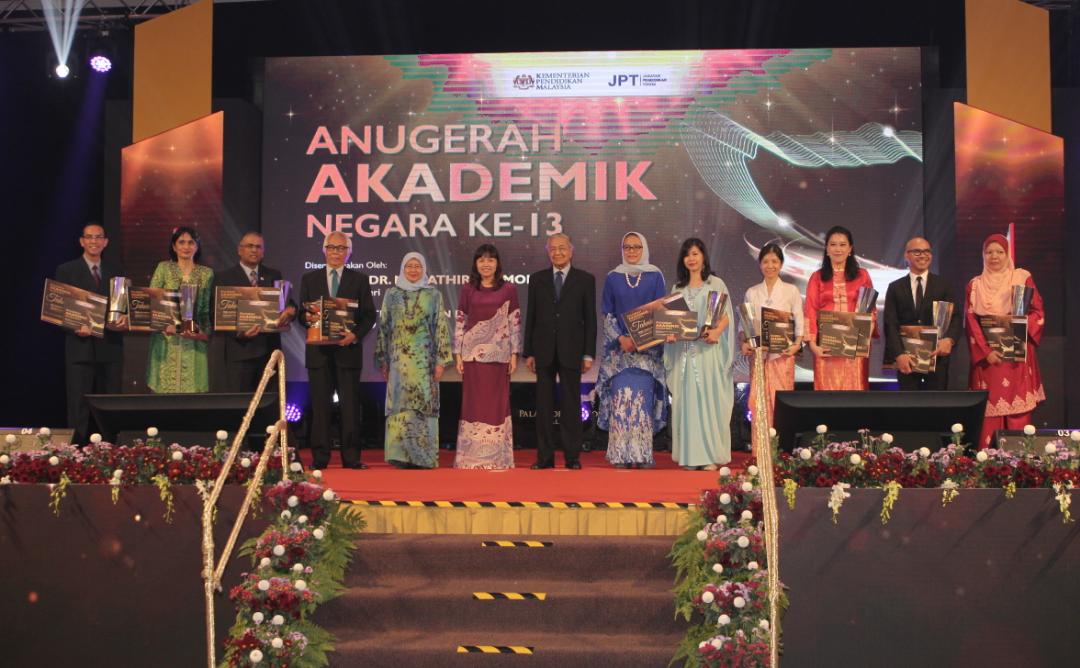 AAN is organised by the Department of Higher Education, KPM with the aim of acknowledging and giving the highest recognition to scholars from institutions of higher learning in Malaysia, who have contributed immensely towards knowledge creation and transfer at both the national and global levels.

AAN was introduced in 2006, and it represents a manifestation of the focus and commitment of KPM in raising the standards of higher education in Malaysia.