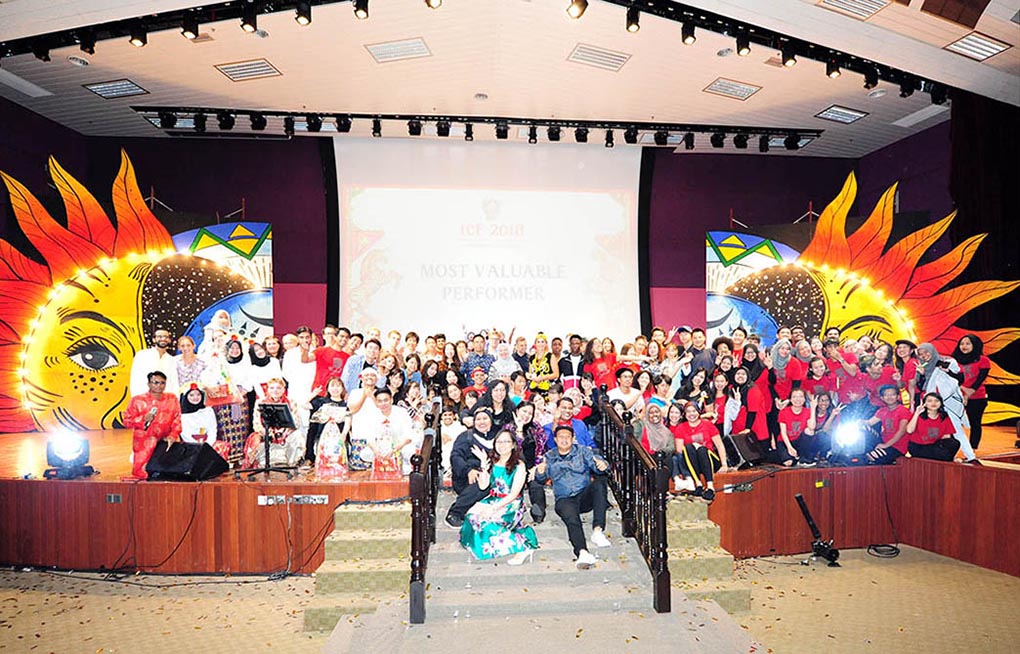 The Gala Night, with the theme ‘Fiesta’ featured a competition for performances by students from various countries including Thailand, United Kingdom, China, Pakistan, Japan, Korea, Bangladesh, Finland, Morocco and Malaysia.

In addition, a singing competition was also held for international students to sing songs in the Malay language.

Indah Ramdhanty from Indonesia, who rendered the Malay song ‘Dipintu Syurga’ originally sung by Dayang Nurfaizah, stole the audience’s attention and was chosen as the winning performance.

For the international cultural performances, Japan won the Most Valuable Performance while Korea was chosen for Best Performance, mesmerising the audience with its energetic k-pop dance routine.

Apart from Gala Night, a cultural exhibition was also held by those from the countries involved and visitors could get a closer look at the culture and traditions of students from the respective countries. The Best Cultural Booth prize was presented to Thailand.

ICF 2018 was made possible with the involvement of 57 international exchange students and 113 international students, along with 50 USM Buddies and the staff of IMCC.